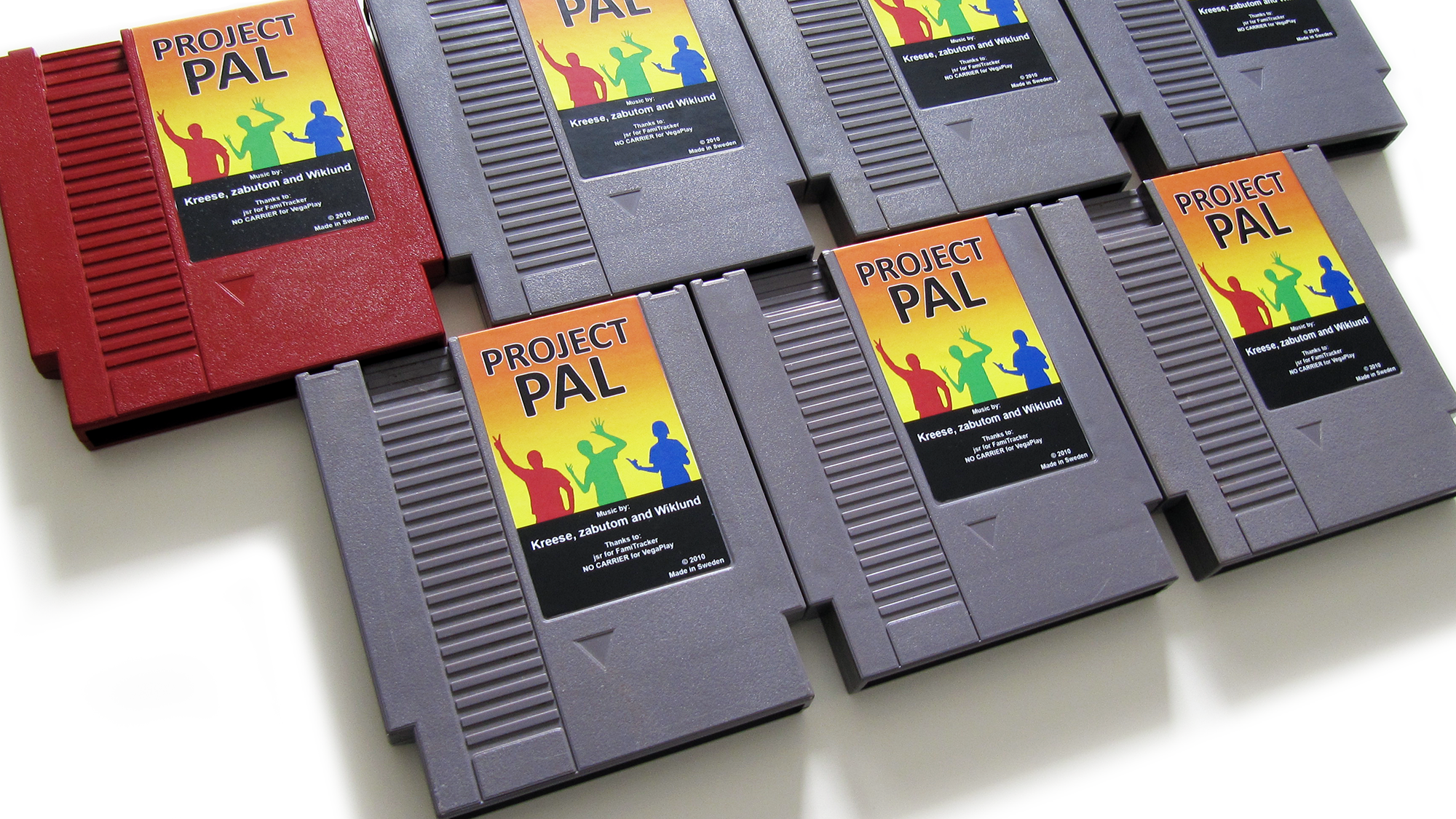 Finally this project is ready! The project started in early 2010. It all began when NO CARRIER released the source for VegaPlay. It made me really happy because with VegaPlay I could present my songs with a menu and with some grahics. On a real NES system, using my PowerPak, after compiling it to a .nes rom-file. I made some test songs in FamiTracker (made by jsr). Then I created a multi-song-nsf and experimented with the VegaPlay source. First I had to learn how to inlude graphics. Using a program called yy-chr made it quite easy. I even had to learn a little about coding, pallettes and stuff. But Don Miller (NO CARRIER) had documented the source really good, so it wasn’t to hard to get into it…

Now I wanted to go the whole way and do like Alex Mauer already have done, release a cartridge filled with music! Then I started thinking of the songs, and felt like it would be hard to make 8-10 songs myself. First I tried to gather 10 different composers to participate on the planned cart. After a while I realised that it was only me and two more composers, motivated enough to finish anything. So now we started composing. Me, Wiklund and zabutom…

Even though we where only three people included in the composing it took a bit longer then I first expected. Along with the coding I started to play a bit more with the graphics. I got the idea to include some pictures of us, the composers. I also wanted it to be quite colorful and NO CARRIER helped me with some pallette shifting when changing songs.

By this time I bought an eprom burner on eBay. Pinge80 a friend of mine had bought one a couple of months before. He had promised that he could help me and make some carts, but I felt like I wanted to learn the whole process myself. He supplied me with some donor carts, and some eproms. (Thanks mate!)

When the rom-file finally was ready I made a test burn in the eprom burner and after some struggling with “filling up the eproms” it worked! Seven donor carts, some soldering, label designing, label printing and the result looks like this:

The red cart is from an experiment with aceton + Rit Dye I have made earlier. It became cart #01. The rest are numbered #02 – #07. All these seven carts are sold/given away. I will make some more in the future if there is any demand for this PAL-B exclusive cart. The maximum of total carts I will release is 32. Thats how many labels I have printed. Probably I wont have the time and energy to make more than 16-20 carts. Later on I will release the rom-file, nsf-file and even some mp3-files for free downloading, but for now you can check out this preview on youtube:

Many many thanks to jsr for making FamiTracker, NO CARRIER for the VegaPlay source (and some additional help with the coding), Pinge80 for the help with eproms and other technical support. Thanks to Wiklund and zabutom for their great songs on the cart!